Where swine fear to tread 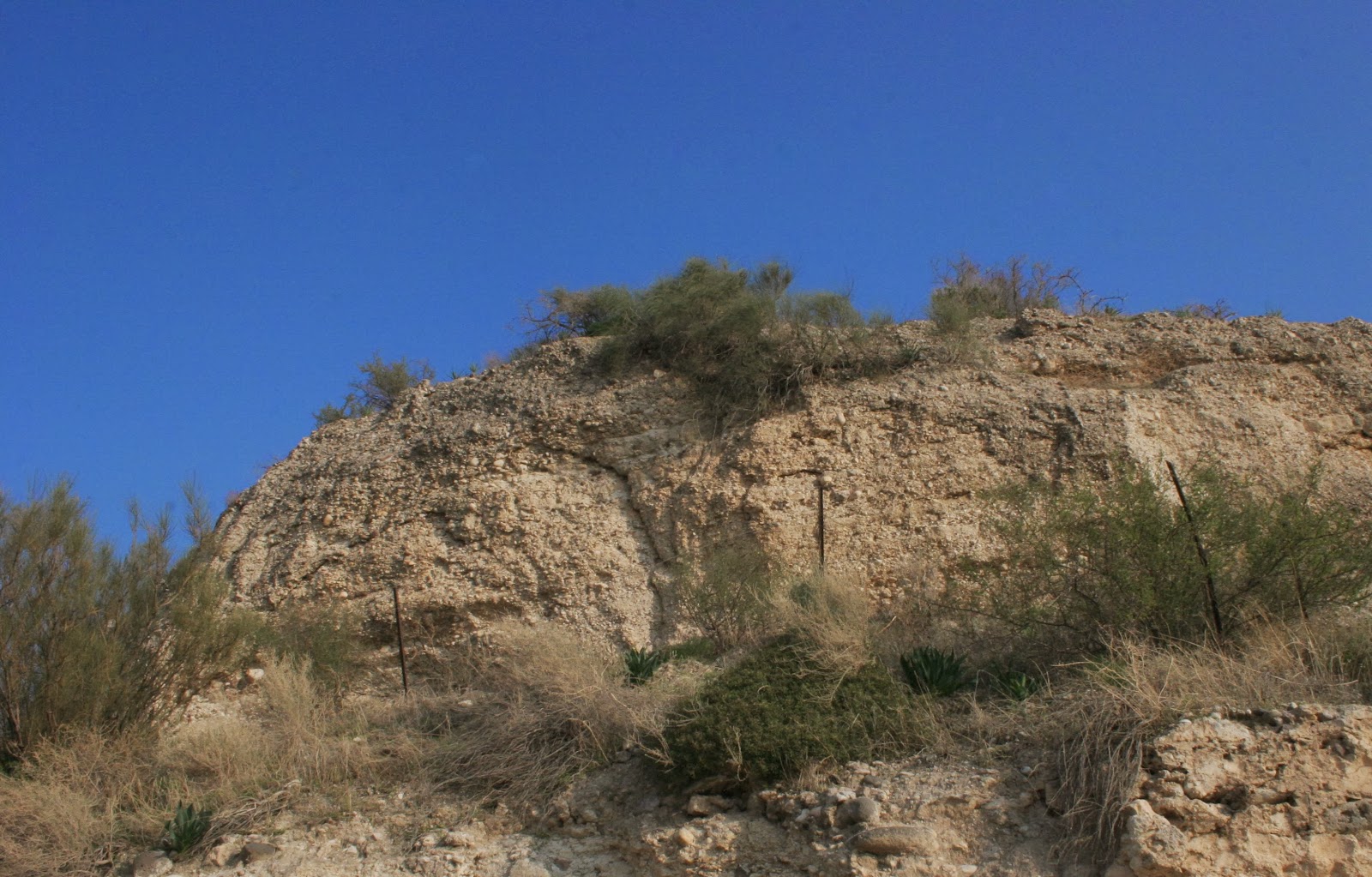 That cliff look familiar?  Perhaps not... but you may have read about it before.  Here's how the account in Matthew goes:


28 When He came to the other side into the country of the Gadarenes, two men who were demon-possessed met Him as they were coming out of the tombs. They were so extremely violent that no one could pass by that way. 29 And they cried out, saying, “[a]What business do we have with each other, Son of God? Have You come here to torment us before [b]the time?” 30 Now there was a herd of many swine feeding at a distance from them. 31 The demons began to entreat Him, saying, “If You are going to cast us out, send us into the herd of swine.” 32 And He said to them, “Go!” And they came out and went into the swine, and the whole herd rushed down the steep bank into the sea and perished in the waters. 33 The herdsmen ran away, and went to the city and reported everything, [c]including what had happened to the demoniacs.

Kursi National Park is one more checkmark on our list of Israeli National parks to visit (5 down, 61 remaining).  The hilltop, with a commanding view of the Galilee, is the place where some believe the herd of swine mentioned in Matthew took their final swan dive into the Sea of Galilee below. 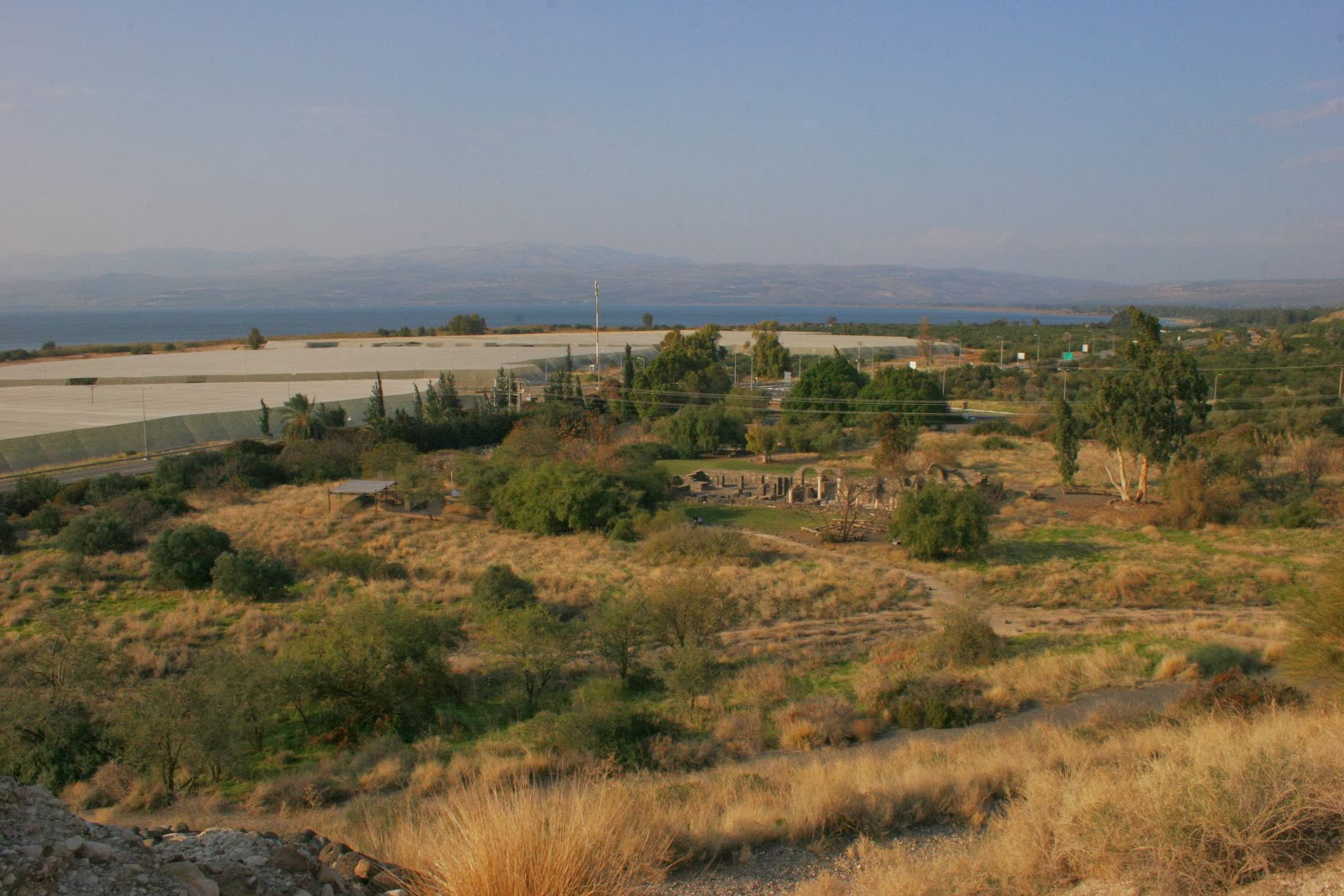 We were fortunate to happen across a group of student tour guides who volunteered to "practice" on us.  Back then, they told us, they believe the shores of the Galilee were a good deal higher than they are today.  This is now hosts the remains of one of the largest Byzantine monasteries in Israel, complete with mosaics and the ruins of an ancient chapel. 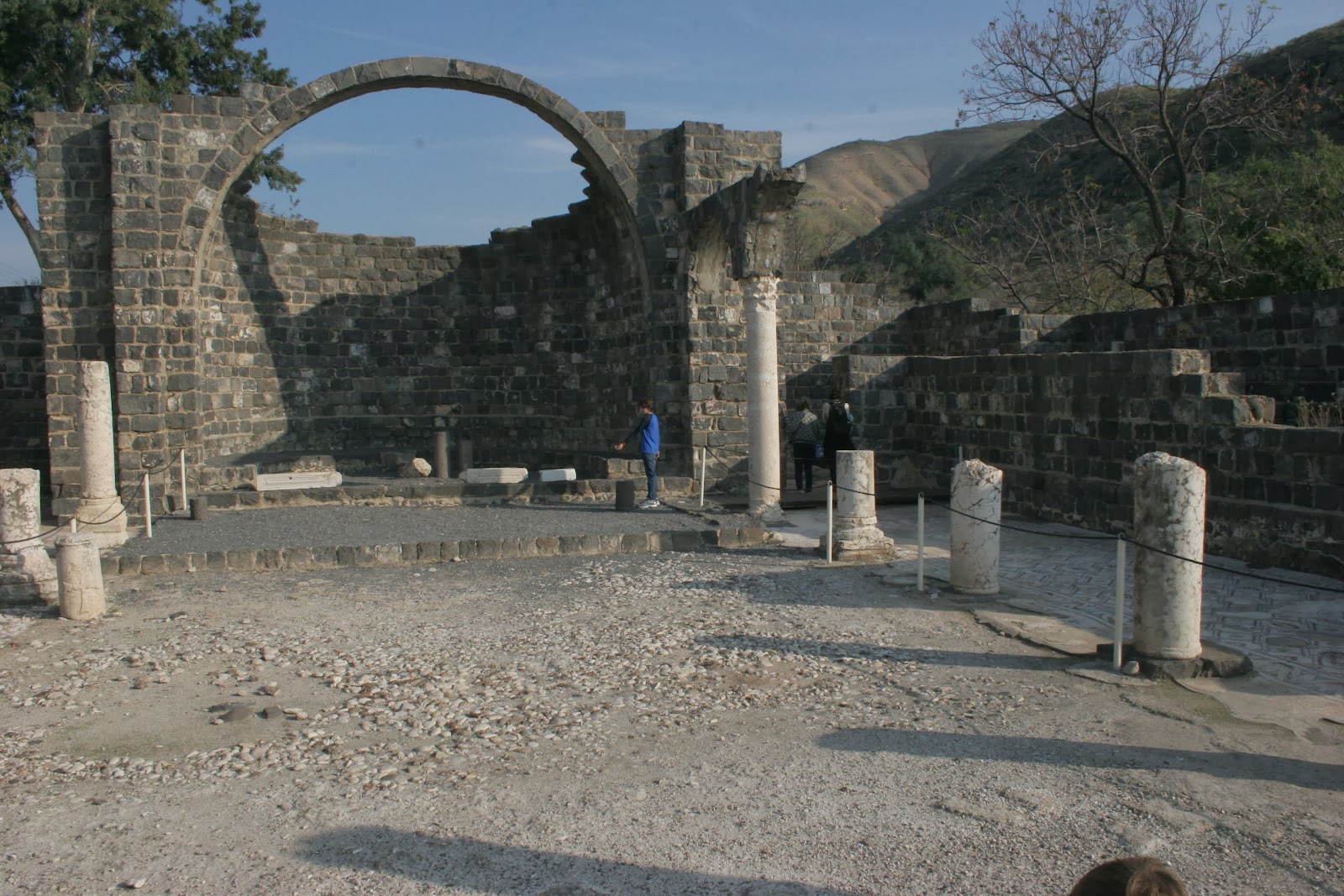