Dining at the shrine of The King

We visited the shrine of The King a couple weeks ago on the drive back from Tel Aviv.  No - not King Solomon, or King David or any of those biblical kings.  I'm talking about THE King... of Rock n' Roll, of course.  Elvis Presley.  Right here in Israel.  I'm all shook up!

If you're not looking for a 16-foot tall golden status of Elvis, you might well just drive on by this gas station in Neve Ilan - about 10 miles West of Jerusalem on Highway 1.  We happened to be looking for the place after stumbling across the place on a random website... and still drove right by it.  But after getting directions from a couple of kids up the street, we pulled a u-turn, came on back and there it was, tucked in behind the gas station: the Elvis American Diner. 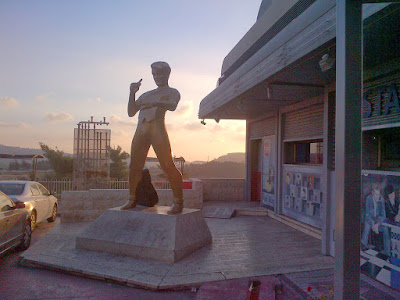 You gotta admit that the highway between Jerusalem and Tel Aviv is probably one of the last places you'd expect to encounter a 50's diner playing Elvis on the jukebox, but there it was.  Graceland transported to the Middle East. 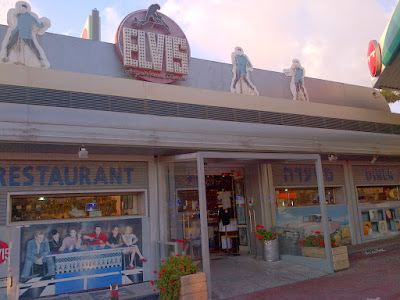 The place was just about everything you'd expect an Elvis Shrine / Diner to be.  Wall-to-wall Elvis memorabilia, photos, statues; booths with big vinyl "comfy chairs" a soda bar with gleaming chrome bar stools; and, of course, hummus on alongside the cheeseburgers on the menu. 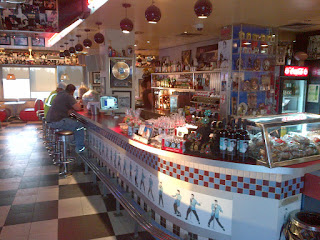 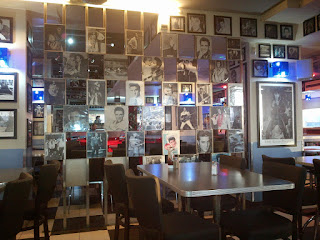 We opted for the cheeseburgers - which come in two sizes.  Large (for the kids) and larger (for the big kids), with a hearty helping of fries on the side. 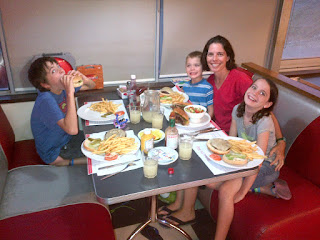 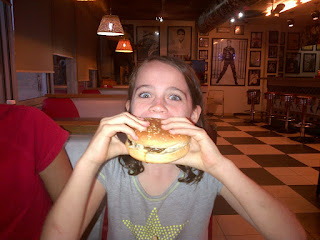 In the mood for something different than your standard Middle Eastern fare?  Put on your blue suede shoes, head on down the highway and stop in at the Elvis Diner! 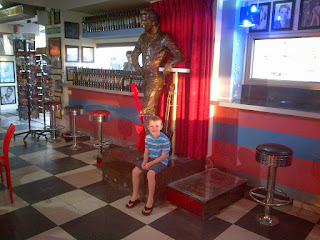 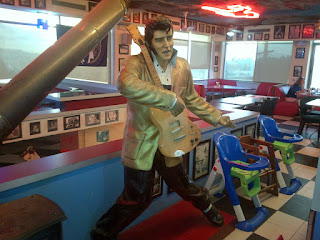 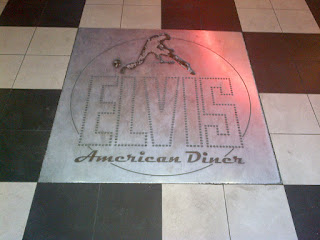 My mountain bike hasn't seen much in the way of unpaved trails for a while, so I thought I'd do some exploring around the neighborhood this afternoon.  Within minutes of our lofty perch on Holyland hill, I was rocketing down a dusty dirt trail, dodging rocks, and grinding up long inclines surrounded by pine trees.

I was in "exploring mode," so didn't really know where I was until I returned home and consulted Google Earth.  The Aminadav Forest lines the highest hills in Jerusalem - peaking at over 2700 feet.   On a clear day, they say you can see the Mediterranean, glistening about 40 miles away to the West.

Little did I know that Jerusalem's Kennedy Memorial was just a mile or two away from my route.  I'll try to take that in next time.


After about 5 miles of dirt, I hit the blacktop of Highway 3877.  A couple miles of gentle climbing brought me to the top of the ridge near the road down to the Hadessah Medical Center, where I finished up the loop with a long descent on blacktop back home. 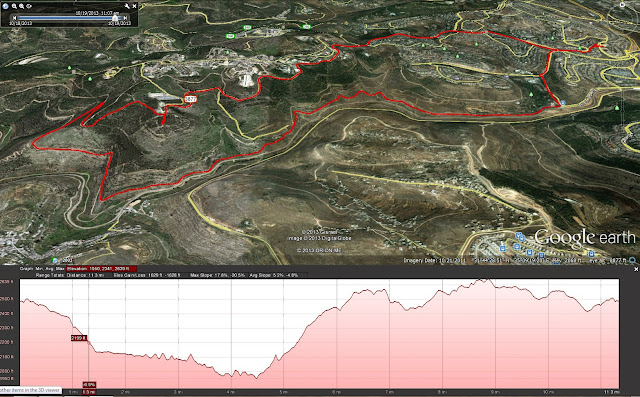 A few sights in the Old City of Jerusalem

One thing about living in Jerusalem is the diversity. You just never know what you'll see while out and about.

I was heading out of the Old City when I came across 3 sights that stopped me in my tracks: 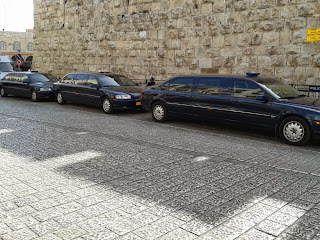 1st sight--- a limo parked inside the Old City! Since driving into the Old City is restricted, I just had to know how a limo got there and whose it belonged to. So, I asked the friendly pomegranite juice vendor (only $3 for a glass of freshly squeezed pomegranite juice--- oh so yummy and healthy!!!). It was the limo of the President of Israel, Shimon Perez. Wow...right there is the car of Shimon Perez-- cool! 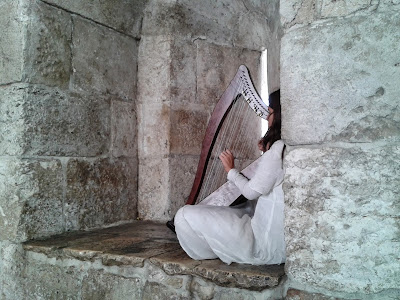 2nd sight-- while exiting Jaffa Gate I heard some music and lo and behold...a lady wearing white was playing a harp while sitting in a nook of the gate. Stunning!! And the music wasn't bad either  (but I don't know much about harps). 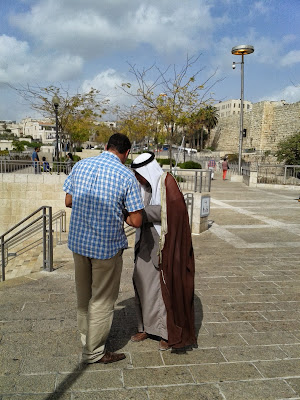 3rd sight-- I will never tire of seeing an Arab man in his long flowing robes. So very distinguished looking and cultural!

I'm already wondering what I'll see next time I venture into the Old City!
Posted by Erin at 5:31 PM 1 comment: