Our Shepherds' field in Beit Sahour was one of two competing for the attention of pilgrims from all over the world last night on Christmas Eve. We squeezed between tourist coaches and rough-hewn rock walls, skirted the enterprising souvenir hawkers, and wandered past groups of worshipers in outdoor chapels lining the walkway. 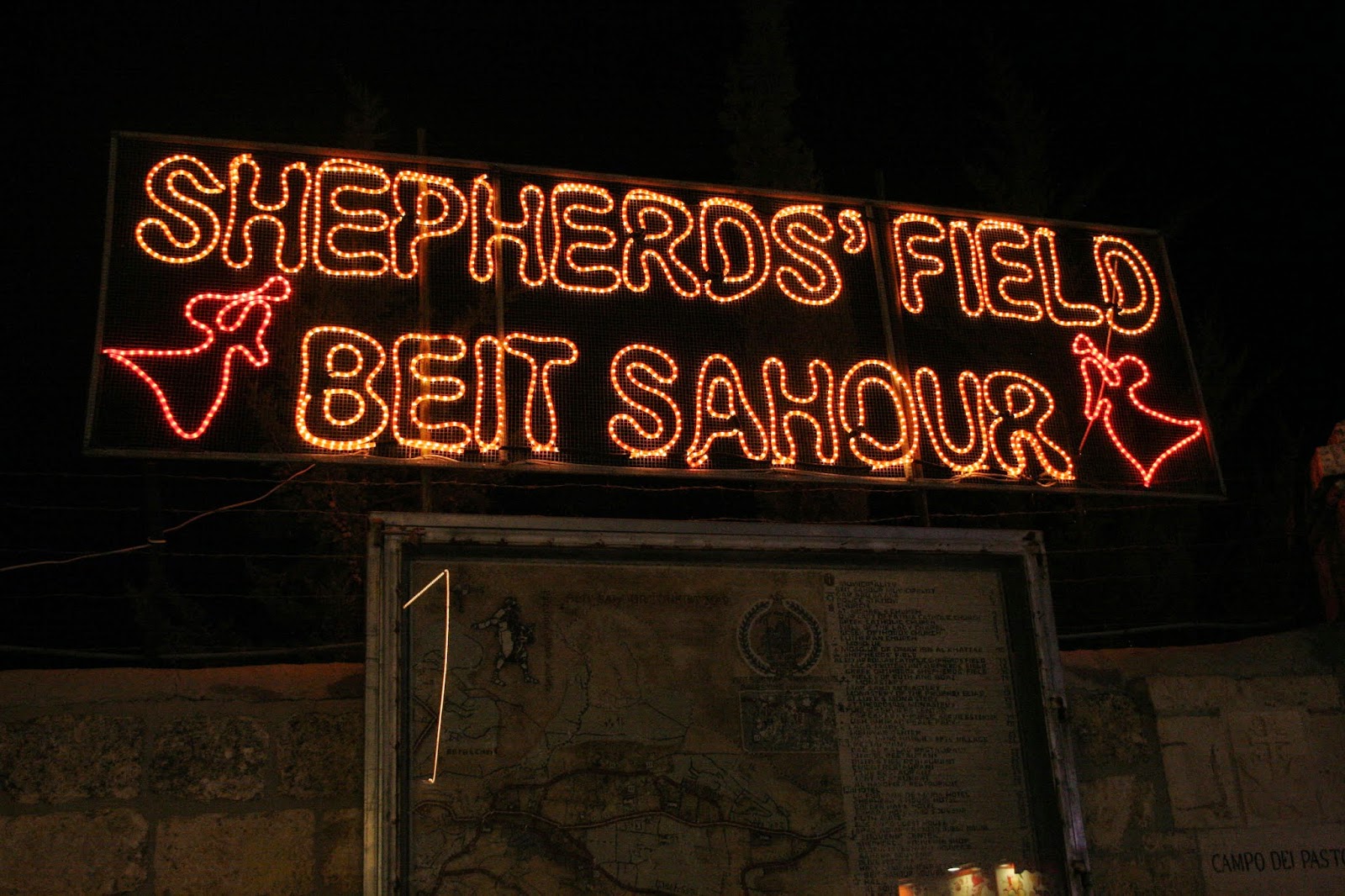 Many of these groups had booked their spots months before, and priests in attendance checked their printed schedules as Christmas Carols in many different languages filled the chilly night air.   The lights of Bethlehem glistened on the hilltop to our east as we settled down on a patch of grass just off the pathway.  Across the valley, thousands were starting to stream into Bethlehem’s Manger Square, but here in the fields, we finally found a quiet nook, sheltered from the glow of neon angles on top of the light poles.

“Somewhere right around here,” I told our group of kids, “is where it all happened!”  I read the story from the glow of my trusty BlackBerry:

And there were shepherds living out in the fields nearby, keeping watch over their flocks at night. An angel of the Lord appeared to them, and the glory of the Lord shone around them, and they were terrified. But the angel said to them, “Do not be afraid. I bring you good news that will cause great joy for all the people.”

“What do you think?  Do you think we can find angel footprints in the field anywhere?”
As some of the younger kids started to look furtively around in the dirt, a sage five-year-old piped up. 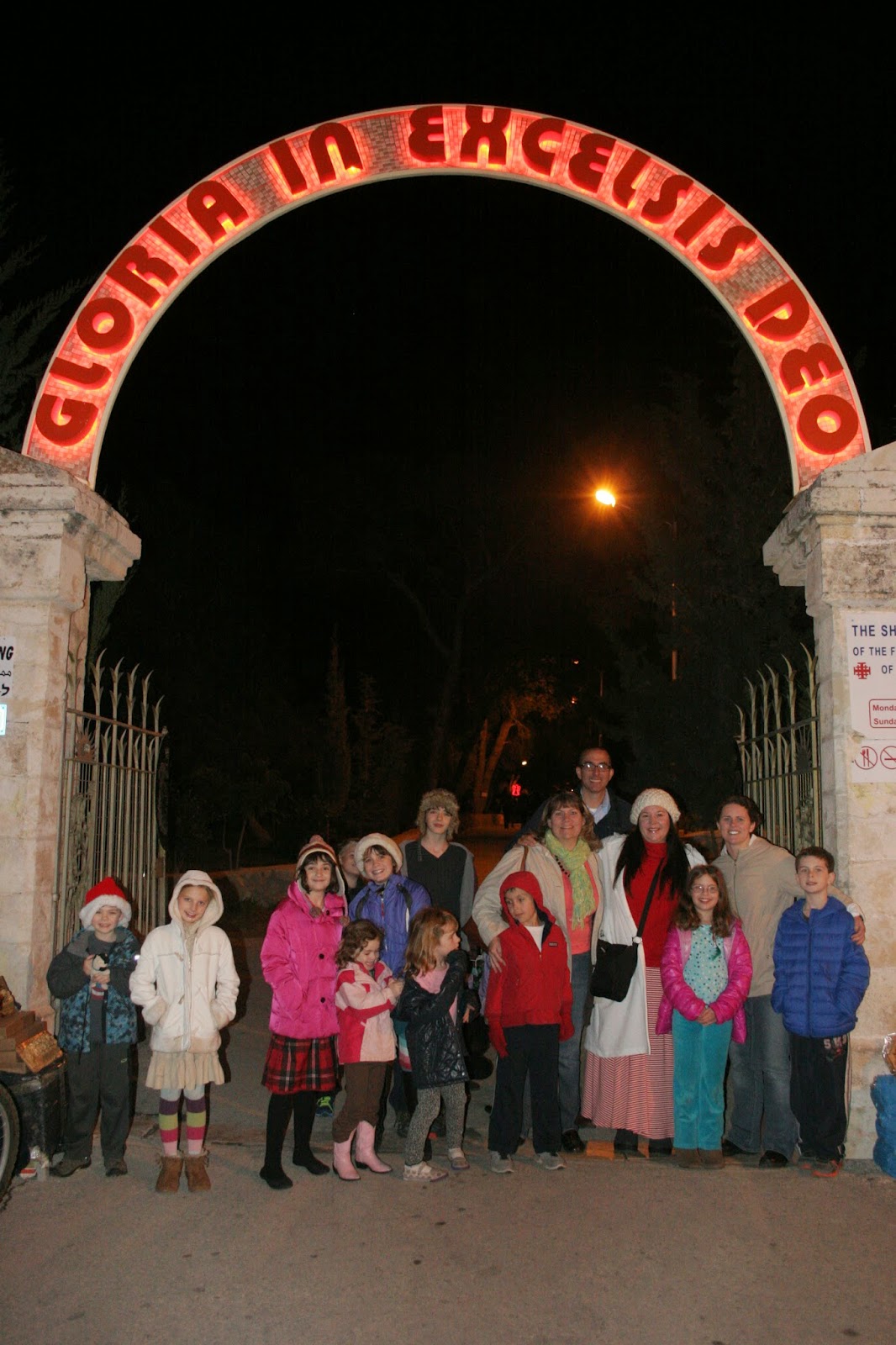 “There won’t be any angel footprints!”  “Why not?” I asked.  “Because the angels were flying, of course!”

She was probably right.  Of course, we can’t tell for sure that the angels never touched down in the grass next to where we were sitting.  But Luke tells us that when they were done, the angelic messenger and his heavenly choir went off into heaven… and it’s reasonable to assume that’s the direction they flew in from as well!

Delivering a message?  That they were fine with.  Scaring the wits out of a grungy gang of shepherds and their sheep was kind of their thing.  I'm sure they had excellent harmony as well – they certainly got a lot of practice!  But the one thing they didn’t do?  Spend a whole lot of time with this group of herders and their livestock.  After all – they wouldn't want to sully their heavenly vestments with sheep doo-doo.  Deliver the message and head back up to heaven – that was their mission.

Once their heart rates had returned to normal, the shepherds gathered up their cloaks and staffs, corralled the sheep and stumbled up the hill toward the lights of Bethlehem.  And there in a rough barn, surrounded by animals and tucked in a food trough, they discovered the start of a very different kind of mission.

The Prince of Heaven, here with us.  To stay for a while.  The “first-born of every creature,” born in a stable and wrapped in rough cloths.  “The word” learning to form his first words with human lips.  Raised by a carpenter and his young wife.  Growing up in a dusty village, and living under an occupying army.  Playing.  Learning.  Feeling… pain, comfort, disappointment, betrayal.  The Creator of the universe, spending a season of time not only with His own creation, but as his own creation.  Jesus wasn't content to fly around in the sky and scare shepherds – staying safely removed from the odd mess that humankind tends to be.  He wanted to lay down footprints on the very same dusty trails as us.  To help Earth be close to God again.  To close the gap between God and man.

Immanuel.  That's the miracle of Christmas.  “God with us.”  In the words of our favorite Christmas video this year, “They won’t be expecting that!”

Signing off at the close of this Christmas season from the Shepherds’ fields – just a frantic midnight run away from Bethlehem.

Kevin – for the Rubesh Family 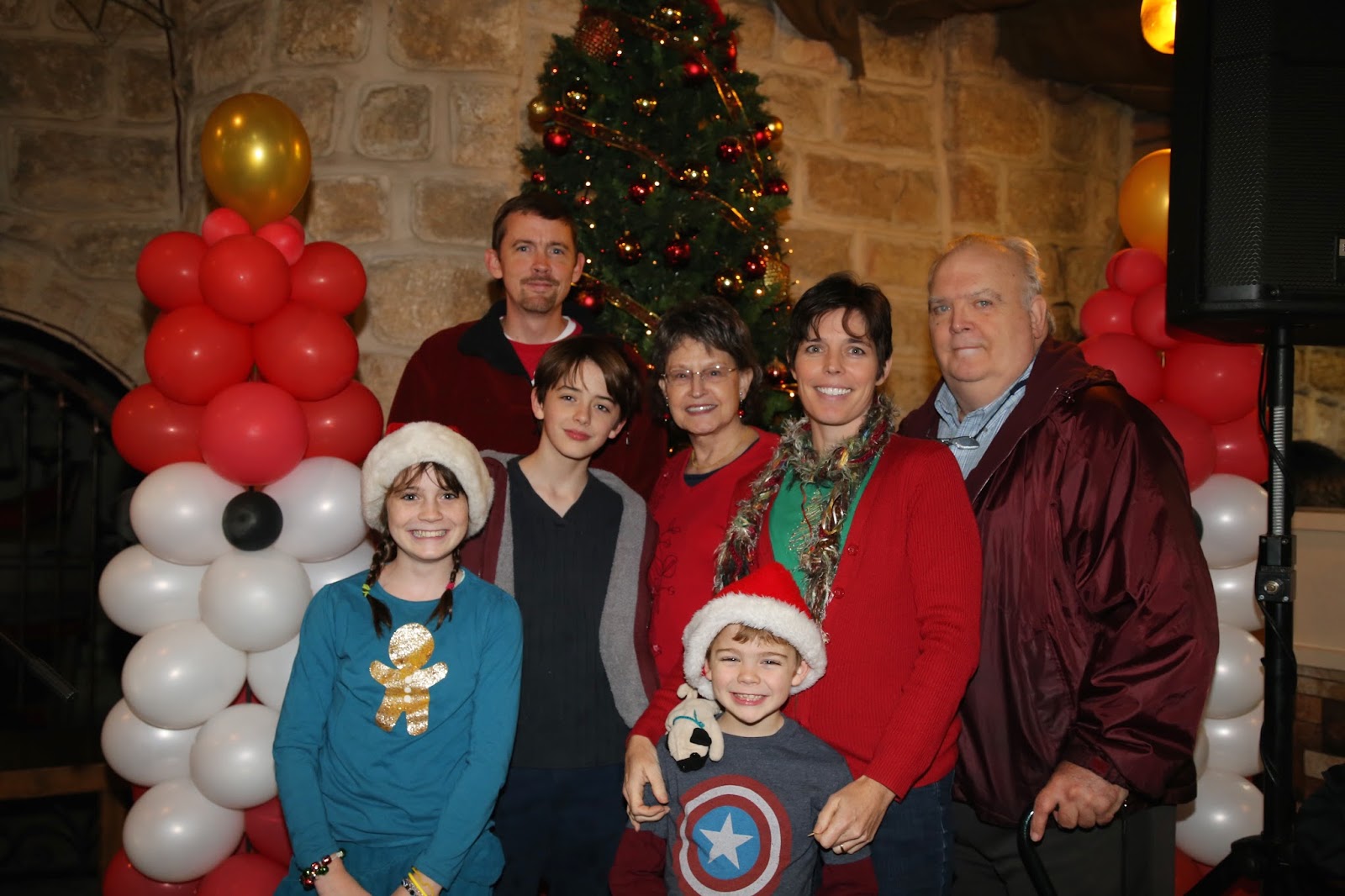