Exploring the trenches of Castel

Today was a "plan C" weekend.  Plan A?  Go see "Frozen" with the kids.  One website said it was in English.  Another said it was dubbed in Hebrew.  The theater staff told us to call back today to find out.  Answer?  Hebrew.

Plan B? Pack a picnic and head to the En Hemed National Park.  We got as far as the gate, which was closed... with a mysterious sign in Hebrew explaining why.

So - to Plan C - the nearby Castel National Park, which was also officially closed.  When in Israel, though, do as the Israeli's do. After a picnic lunch at the playground below the park, we followed weekend hikers through a gap in the fence up the hill.  The view from the top was impressive.  Which would explain why this hill has been a strategic military outpost for centuries.  Guarding the road to Jerusalem, Romans, Crusader nights, Arabs and Israelis have all used this fortress to control travel into the Judean hills.

Today, there's nothing much left of the fortifications except for trenches and bunkers left behind by the Jewish Palmah commandos during the 1948 Arab-Israeli war.

A great spot to take in the view, and explore the trenches (best explored while wielding a wooden sword or bow & arrow, of course). 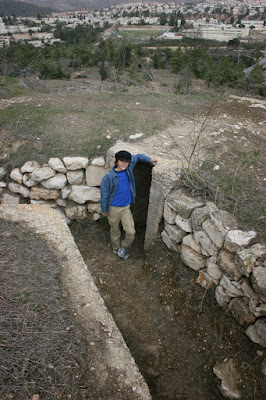 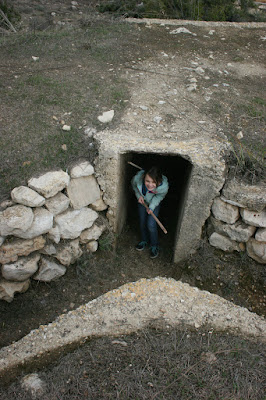 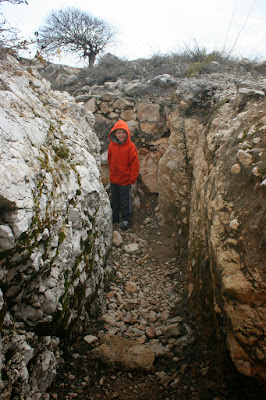 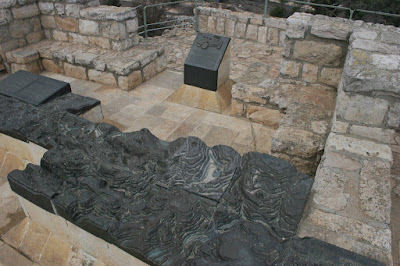 A bronze relief map and plaque describing the fortifications 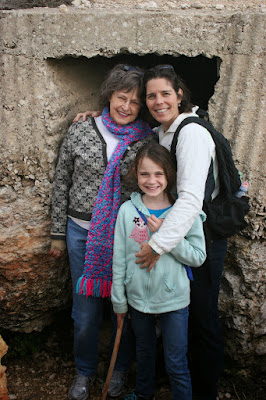 Three generations of Milligan women in the fortifications