As a kid, America was a tantalizing but slightly hazy dream. When television came to Sri Lanka, my brothers and I learned about the multi-lane highways waching CHiPs or Knight Rider. Pictures of National Monuments would shine from the pages of our World Book encyclopedia set. To us, America was the land of the impossible. Drinking water from the tap without getting sick. Flying along in a car at 60 miles an hour or faster, and not having to dodge potholes, elephants, pedestrians and ox carts. Our mouths would water at the mention of that mystical temple of culinary elightenment called McDonalds. Everything was bigger, shinier, cleaner. America was the place our passports told us was home. Though we didn't really know why, it was the place we were "from" somehow. 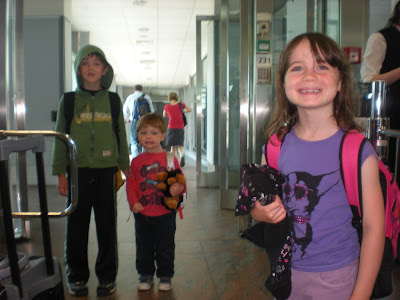 Our kids, growing up in an age of instant information and connectivity, webcams and satellite TV still feel a little of the same cultural dislocation. When Jad informed us at the dinner table that the New York Yankees were his favorite baseball team we were surprised. How did he become a Yankee fan? Turns out that his Polish buddy at the International School in Prague told him they were the best. Ask him to how the game is played and he wouldn't have a clue. An Eastern European first grade teaching our American kid about his national pastime. In a way, it tells the story of sometimes strange life we lead as expat Americans. 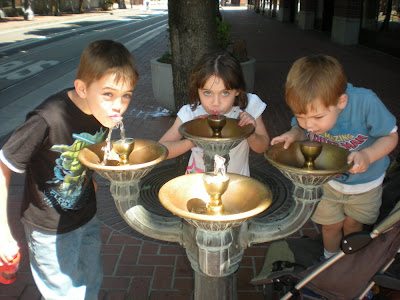 Sipping from Portland Oregon's "Benson Bubblers"
"Home Leave" is all about closing that gap with your homeland. Seeing through your own eyes what your own country is all about. After three years in Europe, we were ready to re-introduce our own tribe of global nomads (including ourselves) to "home." 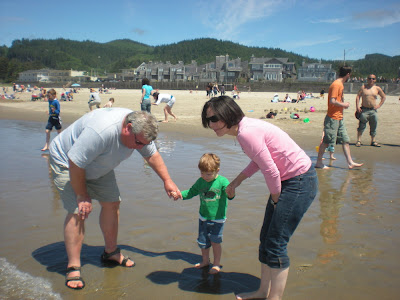 Kyler's not so sure about the cold waters of the Pacific 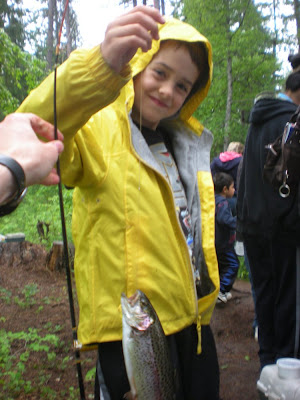 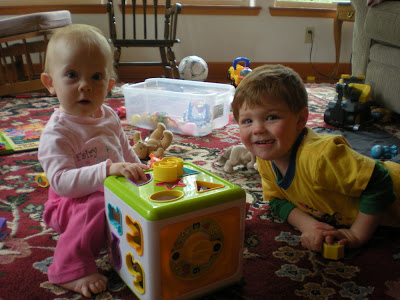 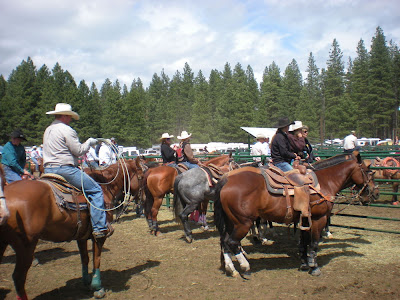 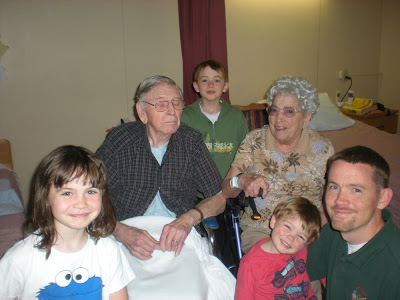 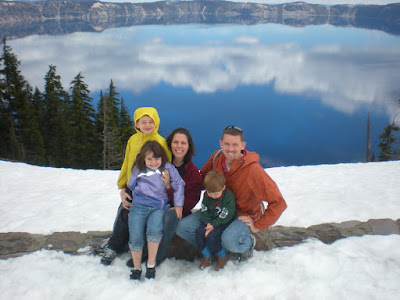 On the rim of Crater Lake 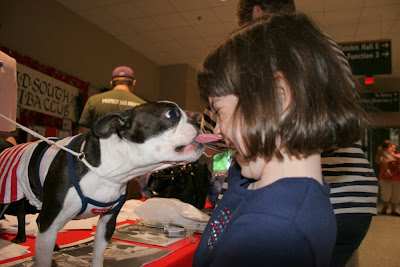 Danna makes a new friend at the AKC Dog Show 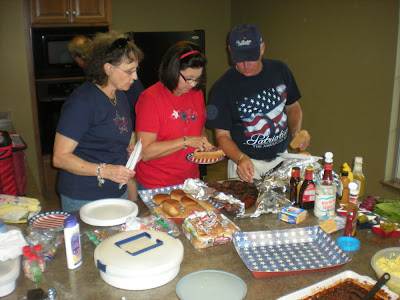 Fourth of July "picnic" during an Oklahoma thunderstorm 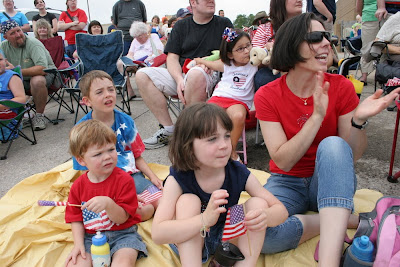 
Finale of the Fourth of July fireworks show 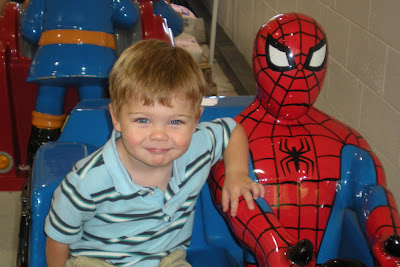 Kyler meets a new friend at Toys R Us 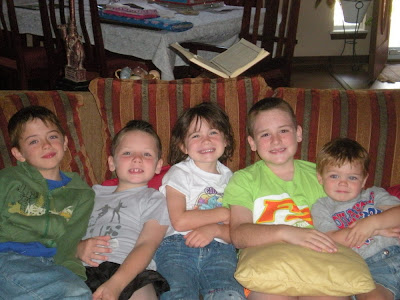 A couch full of cousins. 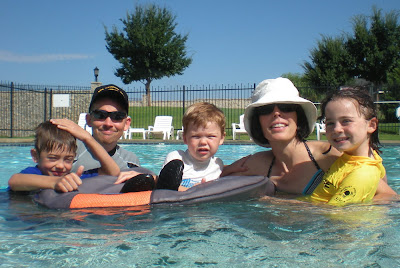 Hanging out in the pool. 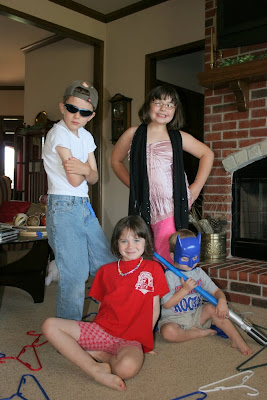 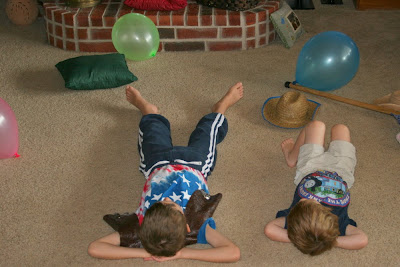 Hanging out with the Cartoon Network 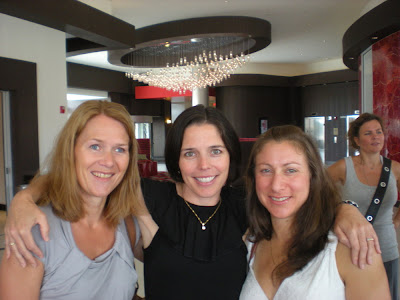 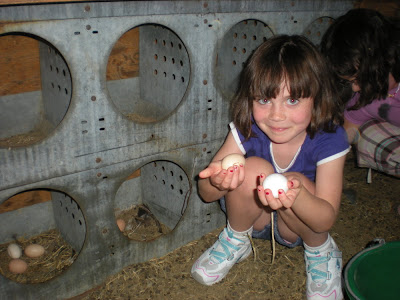 Collecting eggs on the farm in Texas 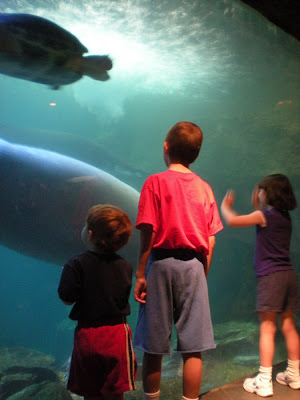 Meeting "Barbara Manatee" in Dallas
We didn't quite make it all the way from "sea to shining sea," but we got close! From the West Coast to the East, from Boston to Dallas, we made fantastic memories in during the last two months. Memories we'll all file away and add to our cultural identity as Americans. Mental snapshots to remind us of what America is all about as we head out tomorrow for our next adventure overseas - this time in Costa Rica. Farewell for now - but we can't wait to find out what new things we'll discover the next time we visit this place called home!
Posted by Kevin at 5:26 AM

Can't wait to meet you guys! I got the job as the new A/CLO so come into the office on Tuesday or Wednesday and I'll be there.