Herod was one bad dude

I've read and heard the stories hundreds of times: the journey to Bethlehem. Wise men visiting from the East.  A king named Herod with a little jealousy problem.  When you actually visit the places where these stories took place though, they take on a personality you never quite noticed before.  Kind of like actually tasting something you've only read about. 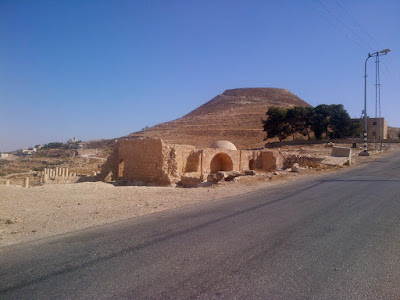 Just under seven miles away from our apartment, a volcanic cone looms over the dusty hills of Judea.  Only it's not really volcanic, and it's almost entirely man-made.  King Herod the Great commissioned Herodion as a family retreat of sorts - a vacation spot about 12 miles south of the hustle and bustle of Jerusalem.  The palace on top of the mountain and the grounds below included a royal theater, Roman baths, and luxurious accommodations for Herod and his family.  (If you have Netflix, check out this documentary for lots more details.) 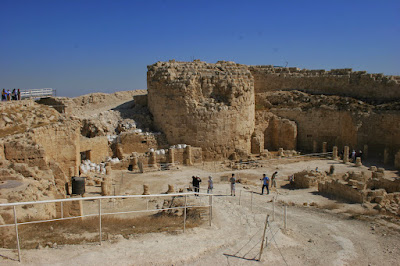 There's not much left of the place now, but the excavated ruins give you a glimpse of what it must have been like.  You can imagine King Herod the Great, standing in one of his towers at the top of the mountain, surveying his domain.

Just north across the rugged terrain of the Judean desert sits the town of Bethlehem, where 2000 years or so, something unusual was developing. 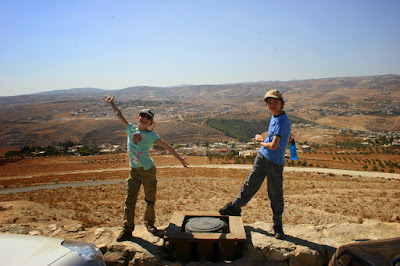 First, there was that odd star.  And then the visitors.  Learned men from the east, bearing strange gifts.  Perhaps those wise men even stopped here at Herodion to chat, (king-to-king, you know) as they chased the star across the sky.

"Bethlehem?!" I can almost hear Herod exclaim as he glared across the valley.  "A new King, born in Bethlehem?  That little town over there in the shadow of my Herodion?"

This is the same guy that had two of his sons and several of his wives killed to prevent threats to his rule.  When the visitors refused to play along, stop by for tea and spill the beans on the way out of town, Herod flipped.  There would be no new King from Bethlehem usurping his throne!  Matthew 2 picks up the narrative:

"16 When Herod realized that he had been outwitted by the Magi, he was furious, and he gave orders to kill all the boys in Bethlehem and its vicinity who were two years old and under, in accordance with the time he had learned from the Magi."

After giving the orders, he may well have retired to luxury royal box seats of his private palace to enjoy the latest in Roman theater.  Maybe he chilled out in the bathhouse, or enjoyed the fountains on the palace grounds.  No doubt about it, Herod was one pretty nasty dude.

The old bible story hasn't changed... but flavored with the smell of the dust wafting up off the hills, squinting in the midday sun under a bright blue sky, and surveying the same rugged mountains that Herod himself admired, the story resonates in a way it's never done before.  And that's what living in the Holy Land does to you. 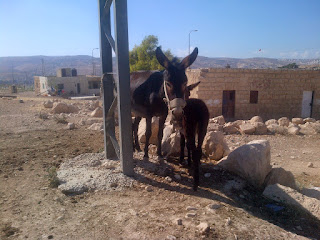